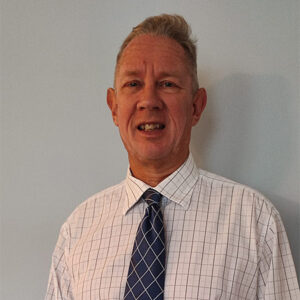 Mr. Bill Blakemore is an independent business consultant and lawyer, who now specializes in developing and delivering management training programmes within his specialist areas including Procurement, Contracts, Tendering, Negotiation, Corporate Governance and Sustainability.

Bill was a senior manager for 18 years with British Telecommunications plc (BT), working in sales, marketing, business development and strategy. Clients included UK Central Government departments such as the Home Office and Department of Education and major corporates such as McDonalds, John Lewis Partnership and Harrods. He also was responsible within BT for relations with EU institutions such as the European Commission and members of the European Parliament.

After BT, Bill established and ran the SPARKS Network on behalf of local authority clients in London. This was an EU-focused research, influencing and communications programme focused on reforming European cross-border law enforcement in relation to transport. Bill also worked as an evaluator and expert for the European Commission.

In his early career Bill was a practicing barrister (a British advocate lawyer).

Bill has a Bachelor of Laws degree from the University of Bristol, professional qualifications as a barrister from the Inns of Court School of Law and a Master of Science degree in Business Management from London’s City University Business School. Bill is also an associate of CIPS, the Chartered Institute of Procurement & Supply.

Over the last 10 years Bill has designed and delivered many open and bespoke training courses in his areas of specialism. Courses have been delivered in-person or, more recently, via Microsoft Teams, Zoom or other virtual platforms. 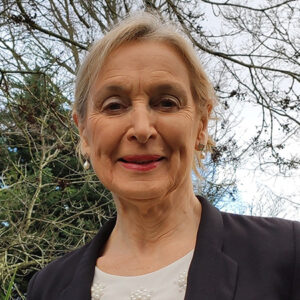 Pippa Blakemore set up her international management consultancy business in 1985, more than 36 years ago.

Pippa’s academic background is Pure Mathematic, Applied Mathematics, Physics and Economics. Pippa studied Philosophy, Politics and Economics at Bristol University and graduated in Politics. The following year Pippa completed a Post-Graduate Certificate in Education (PGCE) in History. Pippa conducted research on the European Institutions and her writing and editing work was extensively published in books and articles.

Pippa worked in a range of organizations before setting up her own business as a consultant. These included a global food distributor; a management consultancy firm; a public relations consultancy and lecturing in a college on Government and Economics.

Pippa’s consultancy work has three inter-related characteristics. Firstly, advising on creating and implementing strategy. Secondly, as an Interim Director, working within organisations to solve problems. Thirdly, delivering relevant training based on her first-hand experience in the real world of facing all the challenges which are faced by her delegates, in all areas of leadership, management skills, public relations and marketing. She does not just deliver academic theory but gives real-life practical and relevant advice and suggestions which are immediately applicable when delegates return to work.

Pippa has worked for more than 250 International and UK organisations all over the world, including central, regional and local government, professional service firms, global corporates, not-for-profit organisations, academic institutions and charities.

Pippa has written more than 80 articles which have been published worldwide, in several languages. Articles have been written about her in leading publications in several countries. Pippa’s expertise is such that she is also regularly asked to review books on her specialisms. 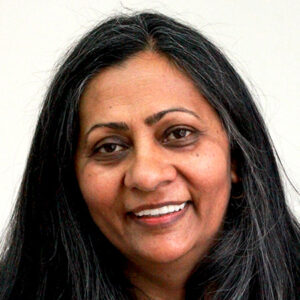 An experienced global facilitator and coach, Salma has a credible track record of facilitating sustained behavioural change in organisations using a range of neuroscience-based leadership and coaching approaches.

Her approach enables learning and development to occur and thus performance to improve. She has extensive knowledge and understanding of process as well as the variety of styles, skills and techniques appropriate to the context in which the coaching takes place.

Academically she holds an MSc in International Business and a First-Class BA (Hons) in Business. Professionally, Salma is a licensed practitioner of numerous psychometric instruments, is BPS Level A and B certified and a certified ICF coach. 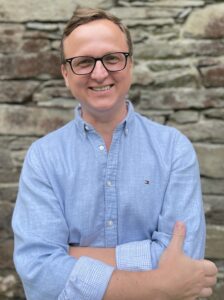 An effective senior people leader, business partner, trusted advisor and executive coach with experience gained in a fast moving and innovative global markets across Europe and the US.

Pav is a highly strategic coach and trainer who helps his clients to confidently translate business issues into people related goals and ambitions with a commercially-focused mindset, leading organisational effectiveness to support business growth. He is a seasoned and pragmatic change leader equipping his clients with a powerful ability to generate tangible results to their businesses. His experience and natural empathy allows his clients to resolve critical problems and drive change and deliver sustainable results. Pav thrives on developing dynamic and driven teams.

Pav holds a bachelor of arts degree in Communication in Business from WSB University and a master’s degree in HR Management from London Metropolitan University. He is an associate member of the Chartered Institute of Personnel and Development. He is also a certified practitioner of the Myers Briggs Type Indicator instrument and The Academy of Executive Coaching’s graduate. Pav also has an experience in Transaction Analysis, Neuro-Linguistic Programming and Mental Health Advocacy in the Workplace.

Pav has developed his own coaching model, which enables his clients to reach their goals and develop their skills through reconnecting with their personal values, beliefs and passions. His sessions are dynamic and fun, with a healthy balance between theory and practice – he believes in holistic learning by doing. 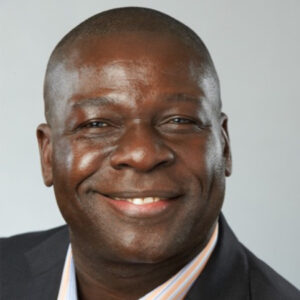 Toks is a high-energy, dynamic, results driven business consultant with an exemplary record as a director, operational manager, trainer and coach. He has an excellent record of high-level achievement transforming brands, people, business areas, organisational capability and driving transformational change in different sectors and cultures.

Toks has worked for world class European and US Fortune 500 companies in roles that have included sales, marketing, training and general business management at operational and leadership levels over two decades. He has worked for and delivered programmes with companies that include GlaxoSmithKline, Pfizer, Astra Zeneca, Novartis, Abbott and public sector institutions that include the UK Metropolitan Police, and UK Innovate’s Catapult business.

As a business leader he has won numerous company, national and international awards for excellence by inspiring teams to develop the insights, skills and abilities to challenge the status quo, be innovative, focused and drive change in challenging and turbulent business and public sector environments, delivering programmes across the world in Europe, North America, Asia, and Africa.

Toks has an MBA from Warwick Business School. 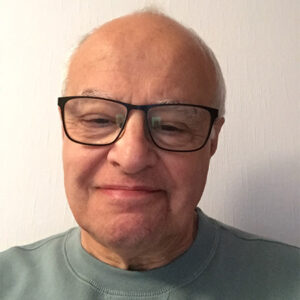 John is a qualified accountant and has been a finance and business trainer for 20 years.

Prior to becoming a trainer one of his successes was as business adviser to an exemplar European Access to Finance Programme operated by the UK government’s Department for Business, Energy and Industrial Strategy which raised over £23m for over 300 small and medium sized businesses.

He has trained in such places as Dubai, Ghana, Oman, Nigeria and Saudi Arabia with such organisations as The Dubai Electric and Water Authority and in the UK has run courses for the British Library.

John has also worked in fast moving entrepreneurial and agile organisations and is very conscious of how the finance function in all sectors has also needed to evolve beyond the traditional financial control and reporting elements. 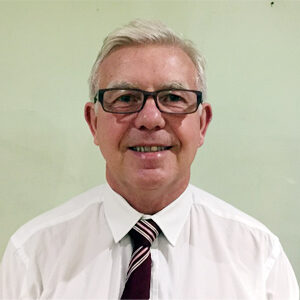 Mervyn is an enthusiastic coach, trainer & consultant. His mission is to make you even more outstanding. Mervyn does this using accelerated learning, coaching and facilitation techniques sharpened through over 20 years as an independent freelance coach.

In addition to his 15 years in senior management with large international businesses, Mervyn brings a depth of experience and expertise to the client’s organisation and team development needs.

Mervyn has been privileged to work with some of the largest and most demanding organizations in the world, delivering inspirational and interactive workshops and coaching solutions to long-standing clients in project-led markets such as: Transport, Construction, Oil and Gas, Pharmaceutical, Healthcare, Retail, Energy and Engineering. Mervyn’s clients have included National UK Government Departments, International Public Sector Organizations as well as third-sector enterprises. 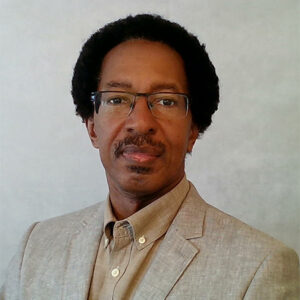 Abdul is a management training consultant with over 17 years’ experience in this field. He holds an MSc in Technology Management, a PgCert of Learning & Teaching in HE, a PgDip in Management Studies and is PRINCE 2 Practitioner certified. He is a qualified Investors in People’s Assessor, a member of the CMI; the Higher Education Academy, and the British Computer Society. Abdul came to consultancy from an academic career where he initially conducted knowledge management research for Rolls Royce Plc at London South Bank University and then moving onto lecturing at the LSBU Business School. His primary expertise is in HRM, Sustainability (CSR & ESG), Change Management, Project Management, Quality Management but he also delivers training in Data & Information Systems (including HR Analytics & CRM) and Administrative Skills for Personal Assistants.

He has published papers on artificial intelligence, superalloy machining and education.

Abdul also has a number of publications in Artificial Intellegience and Enhancing students’ IT skills to improve achievement. 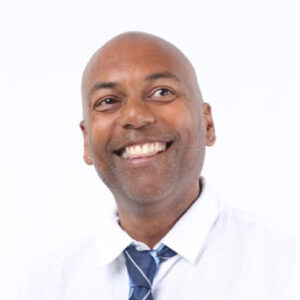 Jean-Paul has been a been a business coach and academic trainer for 16 years. He began lecturing for BPP University then Kaplan Training before becoming a freelance consultant in 2016. He has a first degree in Accountancy & Finance (1992), a Law conversion Degree (CPE) (1994) and qualified with the ACCA in 2007.

After graduation he worked as a Legal Executive for 4 years, specialising in immigration cases before going on to become a Business Analyst in the financial services sector post-ACCA qualification.

He specializes in Financial Management, Law, Management and Financial accounting as well as Marketing and Leadership qualifications. He has worked for Osborne college, Southbank Uni, Kaplan, BPP as well as other smaller consultancy firms on an ad hoc basis both internationally and within the UK.

Outside of his professional vocation he is a published author and has appeared on a few TV programmes as part of both family finances and relationship discussions and is currently developing his own specialist TV and Radio talk shows. 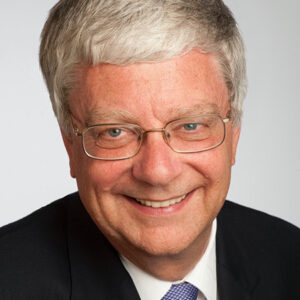 David is a chartered accountant with a varied career path covering different financial management positions. He qualified with Deloitte & Co in the City of London, and then worked for a public shipping and logistics company for 19 years progressing through various financial roles covering both the UK and abroad, culminating as a divisional finance director. He then gained experience in the food sector where he participated in two management buyouts, and has performed many financial interim roles in different organisations. David is a chairman of two audit committees, director of private companies, trustee of two charities and a trustee of an educational academy. He has recently sold his accountancy practice but still does consultancy work. His lecturing experience spans over 10 years, and as well as lecturing on financial training, his other recent lectures have been to technical tax groups and start-up organisations.

David has lectured physically for organisations in the UK, Hong Kong, Dubai, Kuwait, and Saudi Arabia, and more recently provided online courses for UK, China, and the Middle East.

1000Delegates since 2018
400Client Organizations
74Countries across the globe